The Call of Niagara Region

The current state of our being requires that we become aware of what makes us happy.  For some, you might say that connecting with the natural world is the key to maintaining health and well-being… spiritually, physically, and mentally. Connecting with the natural world for many is to connect with open spaces, crystal clear waters, fantastic sunrises, and amazing fish!

The region of Niagara in Southern Ontario is the perfect place for anyone to search for these things and so much more. Niagara Fish Assassins is just the service to look to for fulfilling those needs chasing fish and the outdoors experience like no other anywhere.  The Niagara region experience will become your call to adventure as you create amazing memories that last a lifetime.

About the Niagara Region

Niagara has been a hub for so many people seeking so many exciting adventures for many decades.  From the many museums in Niagara Falls featuring wax replicas and River Daredevils to the myriad of wineries and orchards that adorn and beautify the scenery and the palate to the clear, cold waters of Lake Ontario, and the rushing Rapids of the Whirlpool Glen Trail.  There is incredible golf with dozens of back-door courses with world class accommodations and of course, there is the most important part to us as the Niagara Fish Assassins…. the salmon and trout that astound us every day! 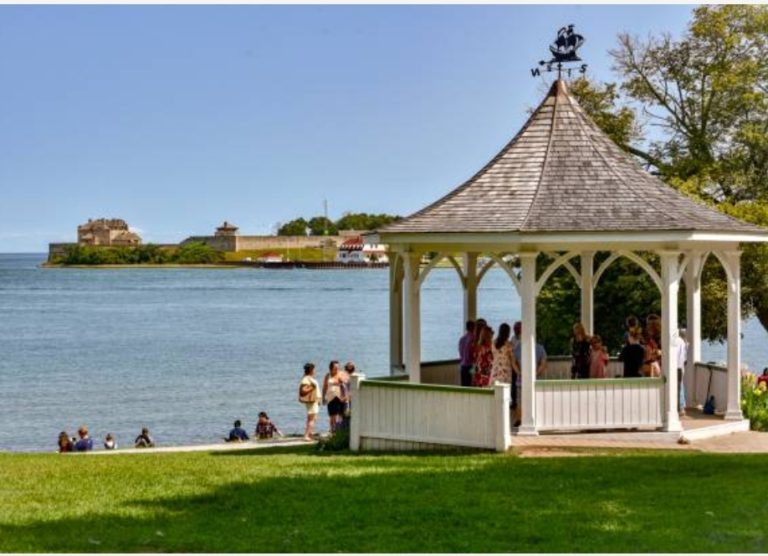 Salmon and Trout in Lake Ontario

The history of salmon in Lake Ontario has been told in many ways that describes the rise and fall of Atlantic Salmon (Salmo salar), the re-introduction of Lake Trout, and most importantly, the continued success of Pacific Salmon species. Including Steelhead, along with Brown Trout.

Atlantic Salmon populations in Lake Ontario failed in large part due to over-harvest and spawning habitat loss in the Humber, Don, and Credit Rivers prior to the late 1800’s and early 1900’s.  The changes to prey populations like herring and alewife began to change how fishery managers saw long-term goals in the lake and Pacific Salmon species began to be considered… beginning with steelhead (Oncorhynchus mykiss) in the 1960’s and followed by Coho (Oncorhynchus kisutch) in the middle 1960’s. Chinook salmon (Oncorhynchus tshawytscha)… the King of the Lake was soon to follow.

As the stocking of Coho, Steelhead, and Chinook salmon began to increase through the 1970’s and some successful regulation of bait populations coincided, the lake angling and river angling enthusiasts began to flourish. Anglers began to see incredible numbers… the development of gear like downriggers and planer boards with dipsey divers and spoons… dodgers and flies and plugs like Lyman and Jensen J-plug were hauling in huge Kings and Coho. The steelhead were available on the lake, but Niagara River drift fishermen caught the majority on real spawn and spawn imitations like yarn flies and corkies… It was becoming a mecca for anglers and guide service providers like no other place in North America.

The fish themselves, both salmon and trout, begin as an egg laid in rivers or raised in the great care of fisheries technicians at Normandale fish culture station and others. In the wild, these fish are survivors, whether hatchery or river raised they spend 1-2 years in the river … or hatchery, and then are left to the natural world of the lake.  In open water, these superstars of the fish world eat alewife, smelt, and herring in large quantities for 3-5 years. This is where the Niagara Fish Assassins team of captains will show you to the amazing fish days that can be had on the big lake.  From April to September, glorious sunrises lead to many multiple fish days on open water with salmon topping 35 pounds and steelhead to 20 pounds.  Add to that the possibility for brown trout and lake trout to 25 pounds and the makings of memories are clear…. It is the Assassin way… catch fish and admire the beauty of days on the water. Cruising around Lake Ontario aboard a 40’ Searay equipped with state-of-the-art equipment and with the comfort of a smooth and silky ride is the one of the best ways to experience the open space, clear waters, and amazing fish that Lake Ontario has to offer. This is a booming fishery that needs to be experienced to be truly understood.

The Lower Niagara and River-run Salmonids

Chinook and Coho return after their lake years to the river that they would have been born in three to five years previous.  For hatchery fish, that could mean that the river they were released to will be their home or natal river, although that may not always happen, and some fish may return to other rivers as strays.  River angling for salmon is typically with heavy spinning gear, spoons, spinners, and later in the season, anglers turn to spawn bags, cut spawn, and spawn imitations.

River fishing is an experience like no other…. Drift fishing from a 21’ Alumacraft Competitor with the Niagara Fish Assassins keeps the fisherman directly over fish in 12-35 feet of water, baits presented perfectly to waiting steelhead, browns, and lake trout.  There is no better possible drag-free float that a river angler can achieve, and it goes on for hundreds of yards keeping fish available to your bait for maximum possibilities.

The Steelhead fishery established from years of research with many strains of fish from Western North America is second to none in the world.  Known as the Ganaraska Strain, these steelhead came from rivers like Chambers Creek and the strain has been known to include strains of rainbow trout like Arlee and Indiana, as well as fish from early stockings in Lake Michigan’s rivers like the AuSable which may have originated in Oregon State.  There are also some low numbers of Skamania steelhead that is known to enter rivers in summer and remain into fall to provide explosive action and strong battles.  At any rate, the steelhead of the Lower Niagara region begin entering the river in late October and continue to April.  Fall entry fish are possible winter spawning fish that drop eggs as early as December and continue to February.  April entry fish often spawn in early May and return to the lake by late May or early June. The Niagara Fish Assassins team are experts in the realm of steelhead fishing on the Lower Niagara and will have you in fish that average 8-10 pounds with fish to 20 pounds possible. Your trophy awaits!!

Brown trout (Salmo trutta) and Lake trout are somewhat different in their affinity for the Lower Niagara.  Both species begin to enter the river in Late October alongside steelhead.  Lake trout (Lake Charr, Salvelinus namaycush) are typically lake shoal spawners that will broadcast eggs over large areas of rock and gravel. However, in the case of the Lower Niagara, there is evidence that Lake trout are dropping eggs in fast water flows throughout November.  Although these lake trout may not successfully spawn, they contribute a great deal of food to the food chain by broadcasting their eggs for other species to eat.  Brown trout are also in the river in the fall to spawn. They can be present in large numbers but will vary in prevalence from year to year. They are always a welcome bonus in the Niagara Fish Assassins day on the water… they can be found to 20 pounds as well.  These two species will readily take eggs and egg imitation baits presented on the drift at Queenston and are a great addition to a day’s catch.

Fall and Winter Staging Salmonids on the Niagara Bar

Perhaps the most surprising element of the Niagara River fishery, aside from the huge numbers of trophy fish, is the amazing diversity of habitat available to fish and the fishermen that pursue them year-round. As a young angler, I had the great fortune to fish with some wise and experienced fishermen. In our travels together we stumbled upon a feature of the Lower Niagara River that I believe has no comparison anywhere I have fished. The river itself comes to an end at Niagara-on-the-Lake not far from Fort George and directly off-shore from Fort Niagara (USA).  As the river comes to a delta… as most rivers do, something inexplicable happens as the current surges and boils, the bottom drops on the sonar to over 120 feet, perhaps deeper as accurate soundings with that much turbulence can be tough to find.  Over a span of approximately 400 yards that bottom returns to 23 feet where it stays in the rest of the outflow hundreds of more yards offshore.  The fish that are congregated over that span of water (approx. 1000 yards out from the mouth by 2000 yards wide) is indescribable… from December to March this area of river and lake is home to thousands of lake trout, brown trout, chinook, and coho salmon.  Anglers jigging 1–3-ounce jigs with soft plastic shad/smelt imitations or jigging spoons like crippled herring can find trout to 30 pounds and salmon to 20 pounds.  These are juvenile salmon typically 2-4 years old and not thinking yet of spawning… just eating. The trout are mature browns and lakers just living large on smelt and alewife and spot-tail shiners washed up the slope of the delta from deep water.  This is without a doubt a fishery that is unique to Niagara region and accessible during times of the year that are typically not thought of as salmon and trout times of the year.  Just another plus to this great area we know as Niagara.

No matter what venue you choose, join us on the water, the Niagara region and the Niagara Fish Assassins will make your visit incredible… tight lines!  From the somber sense of the battleground of the War of 1812, to the bustling city centres like Toronto and Niagara Falls and St. Catharines, to the adventures like Niagara Helicopters and Maid of the Mist Boat Tours… Niagara has it all … We are Niagara Fish Assassins here to guide you to the ultimate fishing experience and the ultimate stay in our awesome part of the world.